Use the "Join Now" button to wait for a game.

In dodgeball you are assigned to a team, either the cats or the dogs.
The goal is to hit as many players as possible.
To throw a knitball, you must pick it up first from the floor. 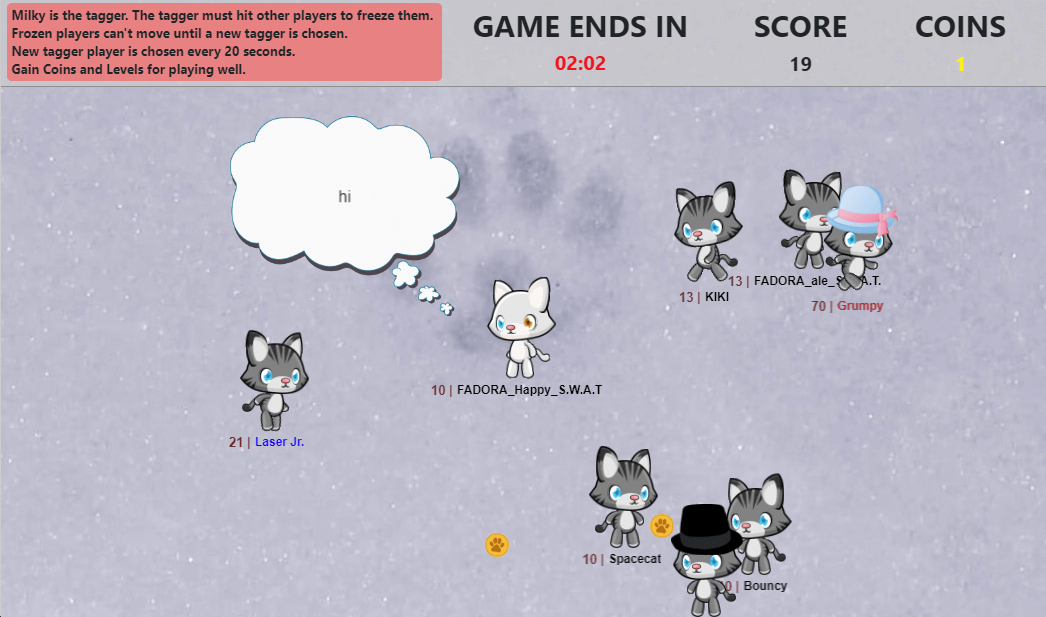